What Is Nearshoring And Why Is Important For American Manufacturers 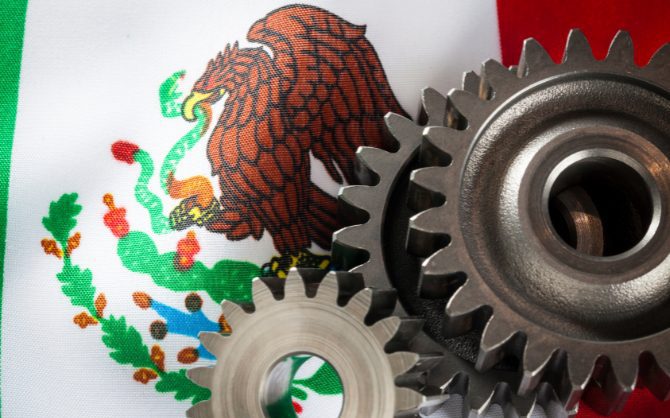 Businesses grow and economic rules change along the way. Today, we’ll explain what nearshoring is and why so many businesses are starting to use it. Let’s get started!

Nearshoring is defined as a close relocation and refers to the practice of relocating business operations to a nearby country. Nearshore outsourcing emerges as a response to offshoring, which seeks suppliers in remote locations in order to cut costs.

The goal of nearshoring is to bring outsourced production centers closer together and eliminate the inefficiencies caused by long distances and time differences between continents, which frequently disrupt business processes as part of the supply chain.

Onshoring is a term that is similar to nearshoring in that it fulfills the function of subcontracting the manufacture of products or parts to a less expensive facility within the same country.

Nearshoring between Mexico and the United States

According to the Nearshoring to the Americas study, evidence of the positive effects of the USMCA free trade agreement between the United States, Mexico, and Canada can be seen in the strengthening of their relationship. An aspect that we have seen, particularly in 2021, is that, following the trade war between the US and China, Mexico increased its participation in US imports from 13.5% to 13.9%, while China decreased from 20.6% to 17.2%. 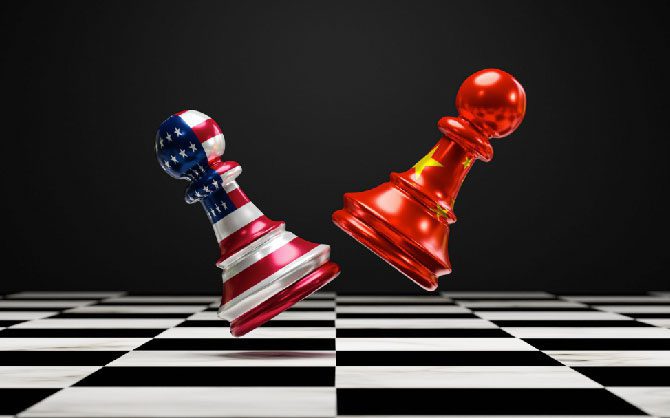 The trade war between the US and China benefits nearshoring to Mexico.

According to the same study, the trade war with China is causing both, relocations to the US and nearshoring in Mexico. Nearshoring opportunities could be expected to multiply in the years following the new trade agreement if other Latin American countries have similar advantages for investment and trade with the US as Mexico does.

What opportunities does nearshore outsourcing present for Mexico? According to the predictions, large American importers will not rely solely on China for their supplies and will seek to diversify their manufacturing suppliers in order to avoid the problems caused by the Covid-19 pandemic. This will enable Mexico to play a much larger role in logistics development and the generation of services primarily for the North American market.

7 factors that benefit Mexico as a Nershoring Partner

Here’s a quick snapshot of 7 factors that encourage nearshoring between Mexico and the United States: Mexico’s lower labor costs are an interesting factor for US companies.

When you have a closer relationship with your manufacturing supplier, you can avoid delays in the shipment of your merchandise and thus maintain your level of competitiveness with your clients by delivering everything on time.

As previously stated, the greater the distance, the more problems may arise. Furthermore, if you are aware of the global shipping crisis, you will know that international shipments are more complex nowadays with less commercial cargo available. Shipments can take longer, and you have to deal with constant uncertainty and global risks.

If a country is closer to your manufacturing supplier, there will be more than one way to transport the goods, products, or parts. Another significant advantage of nearshoring is that you are not limited to using a single mode of transportation. You can combine ground transportation with other means such as air or sea transportation for instance. 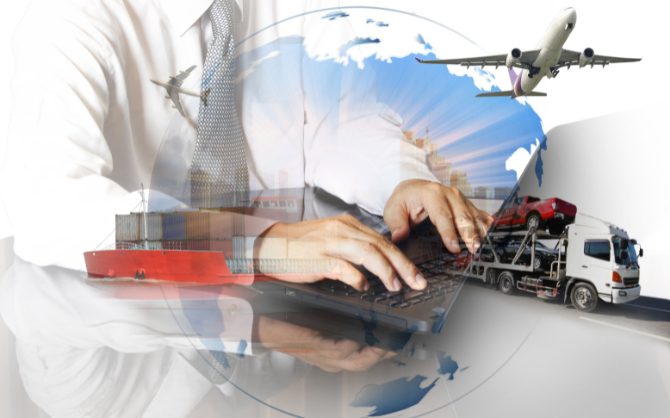 Communication is critical in business relationships, and nearshoring allows you to speed up this process thanks to proximity. It’s not the same as if the person with whom you’re doing business is 18 hours away versus only 2 or 3 hours away in the same time zone.

Sharing the same time zone is a significant plus for nearshoring companies. In the event of an emergency or follow-up, you will be able to communicate in real time rather than having to find a time that works for both parties.

Despite not having a workforce as cheap as the one provided by China, Mexico is currently an attractive country to increase its manufacturing demand from other nations. Mexico has skilled workers often located in wide industrial parks at the US border (also called “maquiladoras”).

Fortunately, despite the uncertain background imposed by covid a few years ago, the pursuit of economic recovery has caused foreign trade to seek and find alternatives to optimize its production chains, and the best way to do so today is through nearshoring.

Nearshoring vs. Offshoring: which one is better?

We simply cannot say whether nearshoring manufacturing is better than offshoring. Why? It all depends on your needs and capabilities, as well as those of your buyers. For many companies, it will be much cheaper to choose a more distant supplier if manufacturing costs are much lower. However, as we have repeatedly stated, Mexico has a tremendous opportunity to benefit from nearshoring, taking into account all the benefits it can offer to its neighbor, the United States. 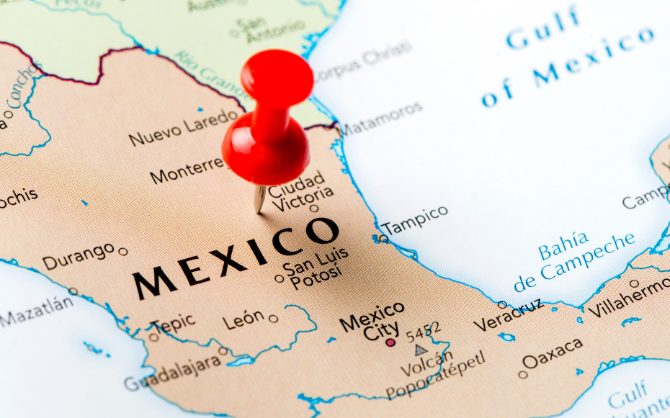 Mexico’s proximity to the US is a major plus for nearshoring.

Offshoring is generally the most cost-effective option, but the distance makes it difficult not only to communicate but also to coordinate teams in the long run. Furthermore, cultural and legal differences, language barriers, and even geopolitical balance can sometimes stymie employment relationships and productivity.

In other words, while offshoring typically saves money, it also increases the risk of losing control of the company.

As a result, nearshoring not only benefits from the cost savings associated with offshoring but also facilitates communication and collaboration.

Differences with other business approaches:

Outsourcing is seen as the most common practice, possibly as a result of its popularity in recent years. Outsourcing can be defined as the agreement between a corporation and a third party to carry out a business unit’s plans or a set of predetermined tasks.

Companies often use it as a last resort to cut expenses or make up for skill gaps, especially in fields that can represent extensive operations at a high technical level.

These services typically include customer support, bookkeeping, marketing, or software development. This is due to the fact that many businesses do not need to develop this kind of capability in-house, making it a wiser financial choice to work with specialist suppliers who already have the appropriate technical and human resources to carry out these tasks. 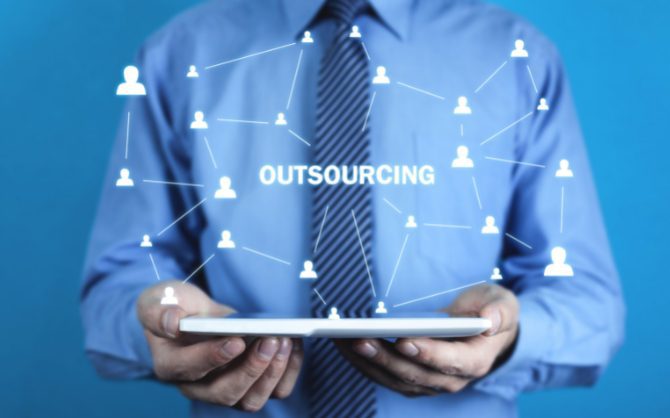 Outsourcing is a common practice in global trade.

Example of outsourcing for A software development firm

Consider the following scenario: Your business is a software development company, and you need to start marketing your services through digital channels. ‍

Instead of hiring, training, and overseeing a business area outside the business, it would be more financially and operationally feasible to turn to a digital marketing agency in this situation to develop a positioning campaign in a matter of months (or even weeks), given the resources of your company and the technical expertise of your team.‍

Benefits of the outsourcing model

Outsourcing services can be employed on a temporary basis. This helps to lower the risk associated with establishing a new department in your business. So, if the marketing campaign does not produce the desired results, you can discontinue your business association with the agency without suffering too many negative effects. 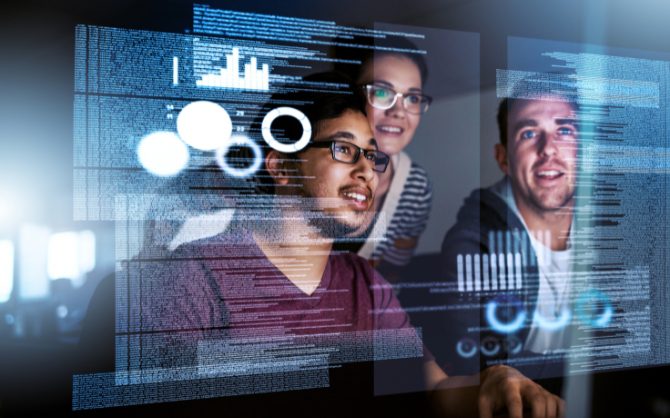 Outsourcing services can be hired on a temporary basis reducing long term risks.

Since we’ve established that outsourcing is the industry’s common denominator, let’s move on to the various variations that exist.

Offshoring is the practice of outsourcing corporate operations to nations with less expensive economies, which can result in cheaper operating expenses.

Corporations that use the offshore profit from cost differences by moving some of their operations to nations where even high costs result in cost savings for hiring companies.

‍Companies founded in the United States or the European Union often outsource a portion of their services to developing markets, including Latin America or some Asian nations. Essentially, offshoring’s main benefit is financial as we’re looking to reduce costs.

Without enough planning, offshoring can also represent a risky bet: just as onshoring offers more help for cultural challenges, offshore significantly reduces it because of language barriers and cultural differences. Best practices should therefore be followed before integrating offshore into a business’ operations.

‍Although the incentive to drastically cut costs may be sufficient for certain businesses, the ethical ramifications of outsourcing have started to come under scrutiny for a while now.

Some groups make the case that performing the same task for less pay hinders people in emerging markets from becoming formalized and becoming professionals. Additionally, some businesses have employed this approach to downsizing their workforce in their native countries. Keep in mind that it will always be a challenge to hire skilled workers on the other side of the globe that will perform as well as in the headquarters. 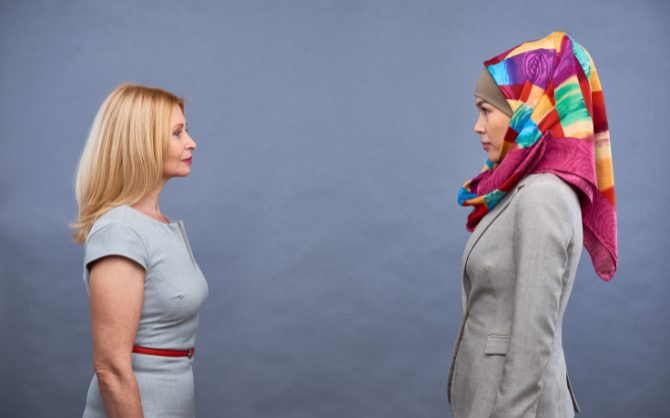 Offshoring can bring some cultural differences.

Offshore outsourcing usually involves moving to countries with cheaper economies. For this reason, it can be a costs saving solution. However, the downsides can be:

Onshoring is a form of outsourcing that takes place in many places within the same nation. By guaranteeing that there won’t be any substantial cultural gaps between their internal and external partners, this strategy helps contracting companies with workflow and communication. 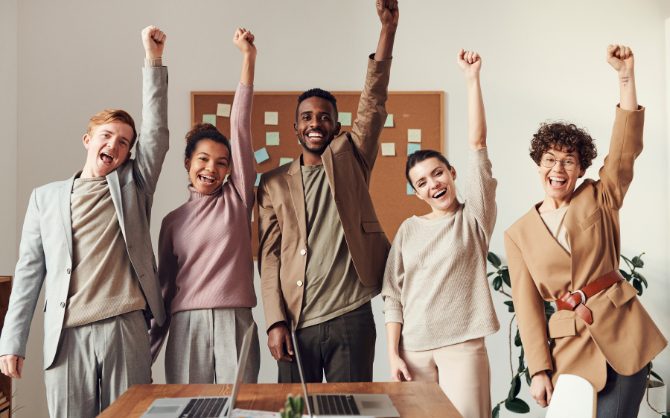 Onshoring is a form of outsourcing that takes place in the same country.

Businesses don’t have to invest money outside of their own country, helping to foster employment growth and economic development within their own nation. However, this can bring some drawbacks such as higher costs and a heavier tax burden (especially when compared to other outsourcing models).

After reviewing the various forms of outsourcing that exist, it is crucial to highlight that, as the sector grew, governments in many countries have implemented regulatory frameworks, particularly to reduce unethical practices that took place in secret due to a lack of acceptable standards.

For instance, a recent outsourcing reform that took place in Mexico forbids businesses from employing third parties to carry out tasks related to their area of business. To put it in other words, a software development company can outsource marketing services but not outsource software development because doing so would be illegal under Federal Labor Law.

‍When it comes to outsourcing, we must work with a company that guarantees high-quality service and makes the risks associated with outsourcing virtually non-existent while meeting the objectives. A well-planned and executed nearshoring strategy can significantly benefit your company. At the same time, you expand your reach beyond your borders while strengthening your position in your home market.

When used correctly, a resource like nearshoring can help you establish business ties with providers who can provide valuable experience, not just external labor. If you are an American company looking to relocate part of your production to Mexico, look for companies that provide this type of service, such as Tetakawi.

Before starting any outsourcing process, start a due diligence process to make sure everything is in place for nearshore outsourcing or any other outsourcing model. Making a good choice can benefit your firm economically and can also help to stay away from trouble caused by unknown regulatory frameworks which can differ based on every country’s law.