USMCA Day one is here and it’s the dawn of a new era in trade and starting today, this is the timeline for the coming years 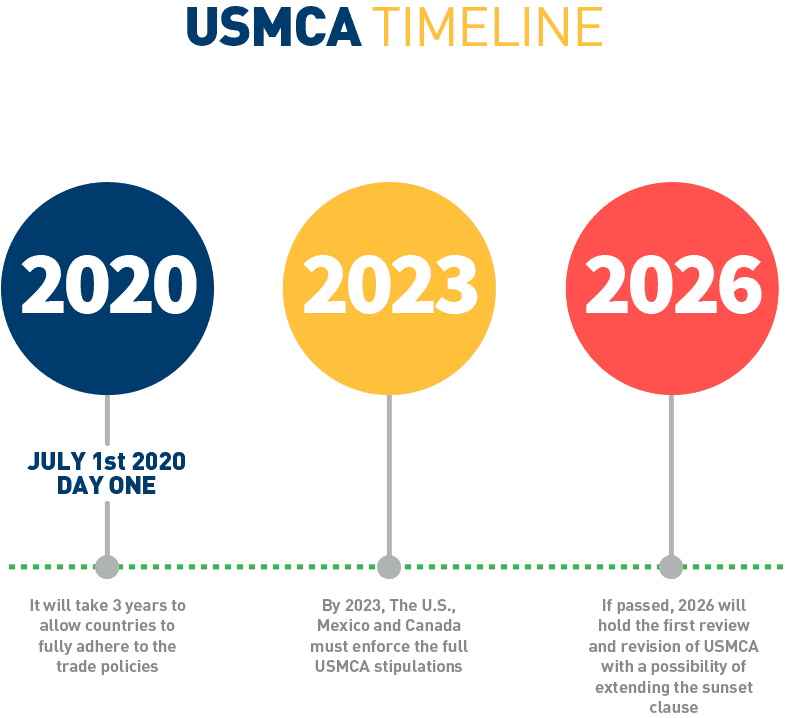 Below are some opportunities in full compliance of the new trade deal:

The new deal includes a new currency chapter that commits the three countries to:

Don’t miss this opportunity to get goods to market with confidence by seamlessly complying with the USMCA’s new trade agreement rules and documentation requirements from day one.