WHAT HAPPENED IN SEPTEMBER WITH CROSS-BORDER FREIGHT?

Around $82 billion of goods were transported across borders by truck in September in the Northern and Southern borders of the U.S. Compared to the same month in 2021, it represents an increase (over 19 percent), however, during 2022 it was the month with the largest decrease (-2.4% than August).

Mexico has more participation in cross-border freight with 57 percent, while Canada represents 43%.

The top three commodities shipping by trucks in both borders were: Computers/parts ($16.4 billion), electrical machinery ($13.3 billion), and vehicles/parts ($11.1 billion). 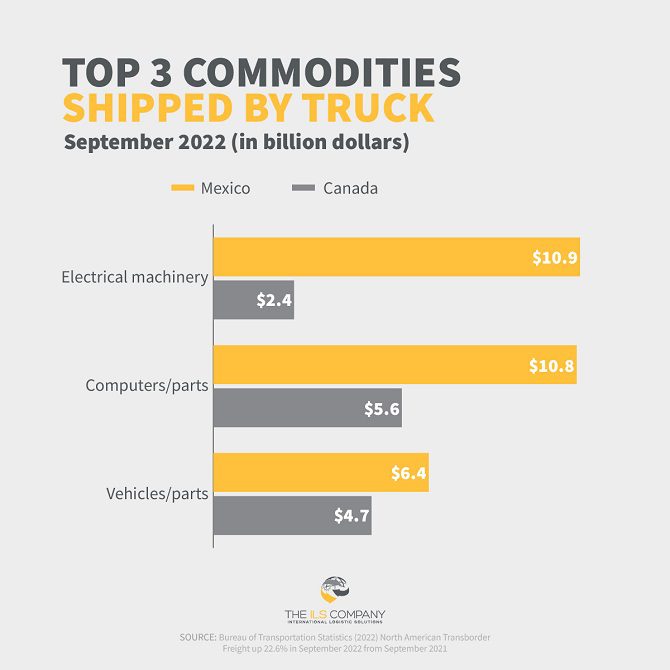 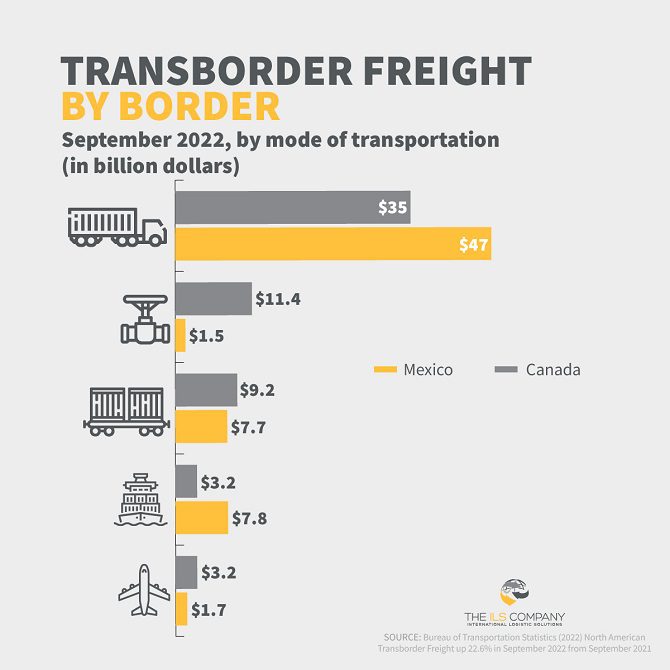 Comparative by mode of transport and by border